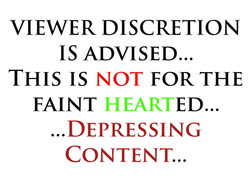 In Lahore, Pakistan, a suicide car bomb attack on a police intelligence unit killed at least 12 people and wounded about 65 during Monday morning’s rush hour traffic. The attack outside a federal police office bore all the hallmarks of an operation by al Qaeda-backed Pakistani Taliban militants seeking to topple the government.

The attack outside a federal police office bore all the hallmarks of an operation by al Qaeda-backed Pakistani Taliban militants seeking to topple the government.
The city's top administrator, Sajjad Bhutta, said between 580-600 kgs of explosives were used in the attack.
A doctor at a hospital treating victims said the dead included a woman and a child.

The blast left a huge crater in the road outside the office of the main police investigation agency, the Federal Investigation Agency, and destroyed the front of the building. The agency in Lahore has been attacked at least twice before.
Television showed pictures of a man covered in blood trapped in a car and passersby trying to help him out while rescuers searched through the rubble.
Some angry residents shouted at police as they arrived at the scene in Lahore's Model Town residential neighborhood.
"We repeatedly asked them to please move this office away from our houses, but they didn't give a damn," one woman said.
Suicide bombings have eased in recent weeks but it is not clear whether that is because security has improved after military gains against the Pakistani Taliban or if the insurgents are merely regrouping for more attacks.
The violence may be a psychological setback for Pakistani authorities, who have won praise from Washington after capturing high-profile Afghan Taliban figures.
Nuclear-armed Pakistan has launched two big offensives in the northwest over the past year against the al Qaeda-backed Taliban, who want to impose their austere version of Islamic rule.
The operations have destroyed militant bases, while Taliban leader Hakimullah Mehsud is widely believed to have been killed in a U.S. drone strike in January. But the Taliban have a history of bouncing back.